This women was a hero. Ruth Bader Ginsberg was one of the most amazing women who walked this planet. She worked tirelessly for equality for everyone. She fought for so many things that should be important to every human. 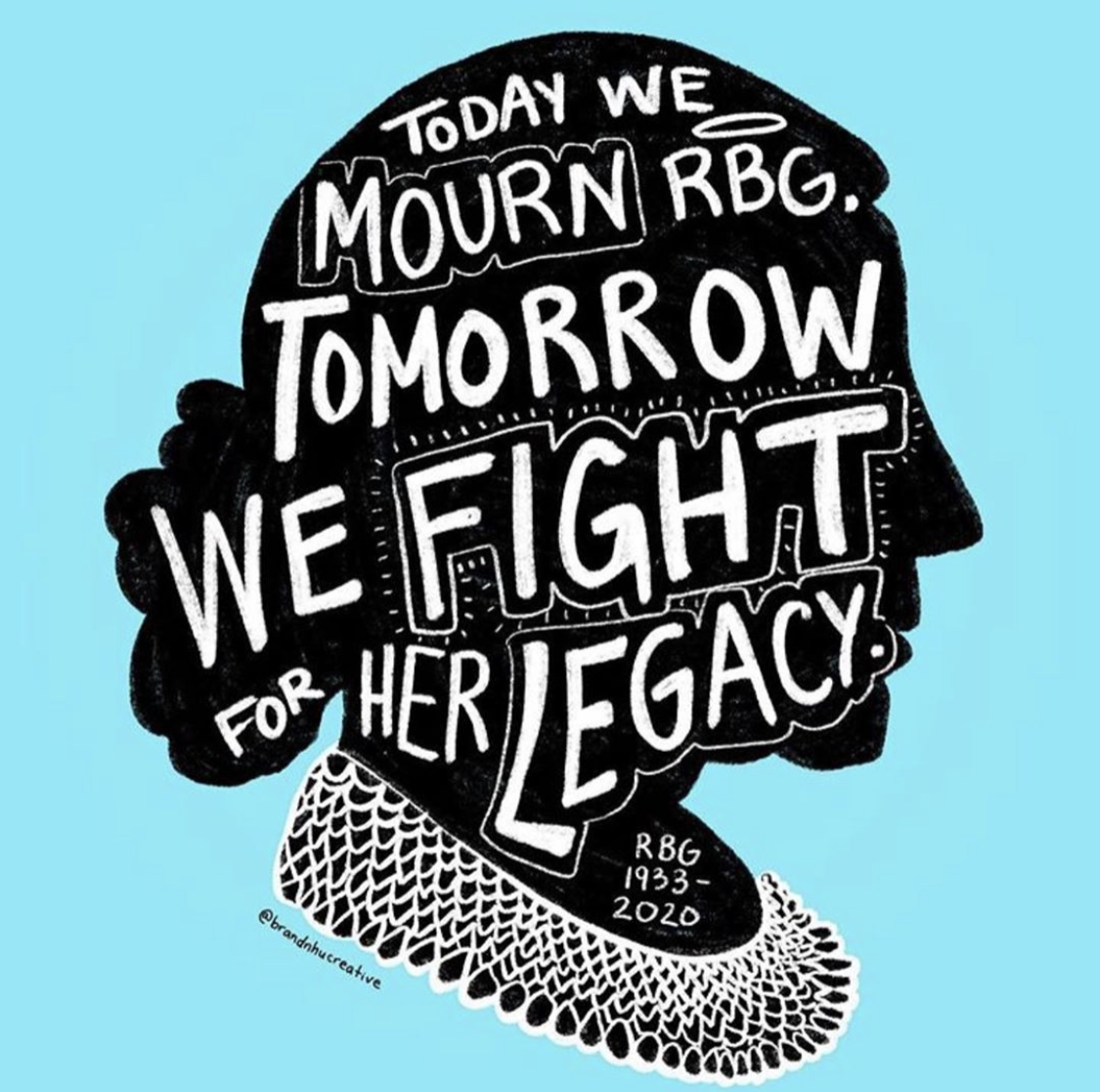 Ruth spent her life fighting tirelessly for gender equality and women’s rights. She fought for those who needed their voices heard and were not adequately represented. She was their voice. And she didn’t just fight for others. She fought a hard battle herself fighting cancer and never missing a day on the bench while going through chemo.

Here are a few of the wonderful quotes left to us by Ruth.

“When I’m sometimes asked ‘When will there be enough (women on the Supreme Court)?’ and my answer is: ‘When there are nine.’ People are shocked. But there’d been nine men, and nobody’s ever raised a question about that.”

“Fight for the things that you care about, but do it in a way that will lead others to join you.”

“Dissents speak to a future age. It’s not simply to say, ‘My colleagues are wrong and I would do it this way.’ But the greatest dissents do become court opinions and gradually over time their views become the dominant view. So that’s the dissenter’s hope: that they are writing not for today, but for tomorrow.”

“This is something central to a woman’s life, to her dignity. It’s a decision that she must make for herself. And when government controls that decision for her, she’s being treated as less than a fully adult human responsible for her own choices.”

“We are at last beginning to relegate to the history books the idea of the token woman.” 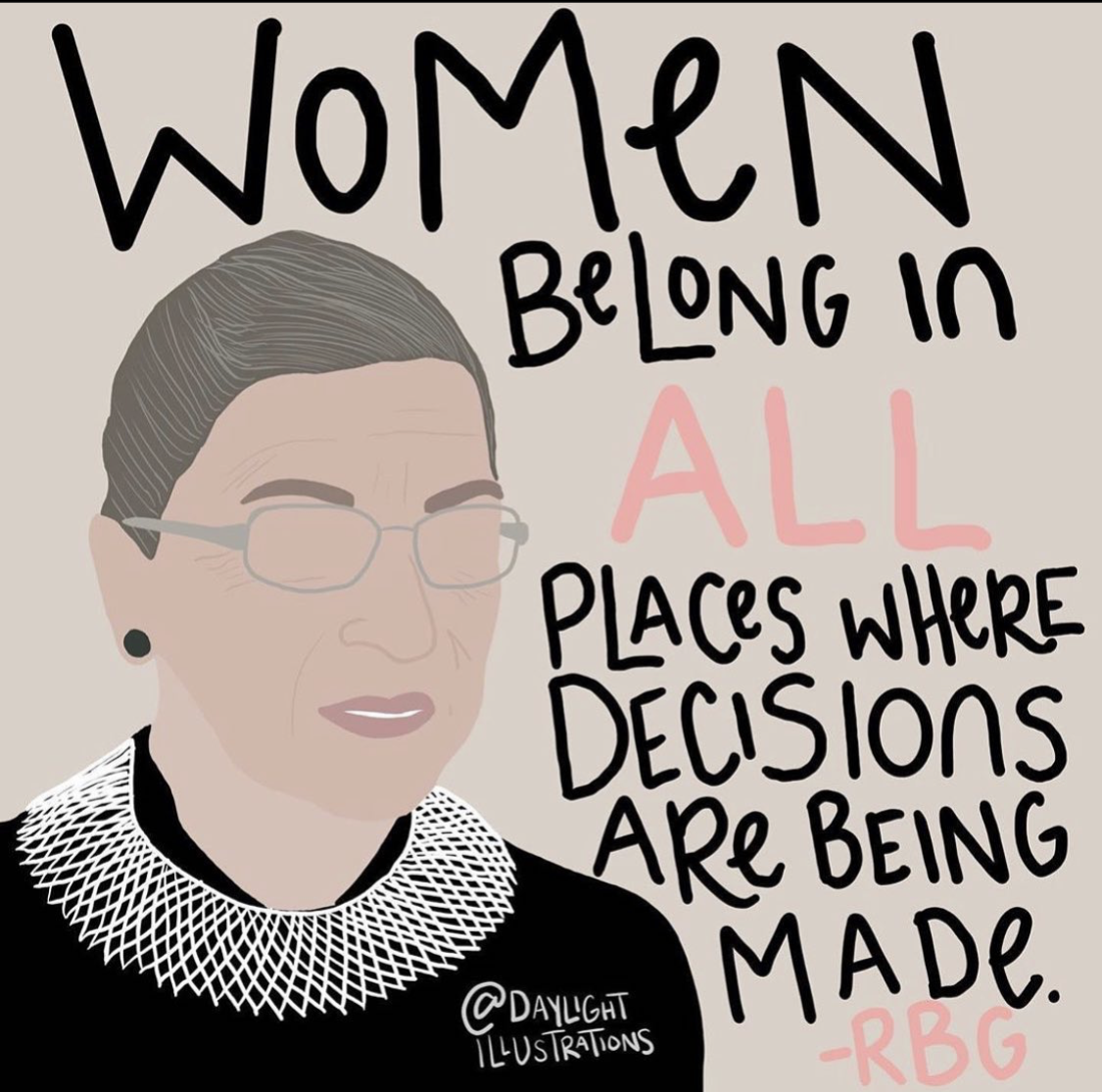 I cannot fathom how someone is not concerned about what her death means to our country. This is going to be a huge moment in history. The Supreme Court was fairly equal. And when a justice died during an electrion year during Obama’s presidency, Congress said they would not pick a new justice at that time. And now they are eager to replace her during this disaster of a presidency. How anyone thinks this is ok, what this presidency has been is ok, I do not understand. Political parties aside, how does someone vote for him?

When this upcoming election rolls around I hope you vote. I hope you vote for equal rights - gender rights, women’s rights, the rights of those who need us to fight for them. I am sad and angry and ready for things to change. I’m ready to make a change. I will not be quiet as this election rolls around. I will make my voice heard and I will stand up for what is important. It is time for a change and time for something good to come out of this horrible 2020 year. 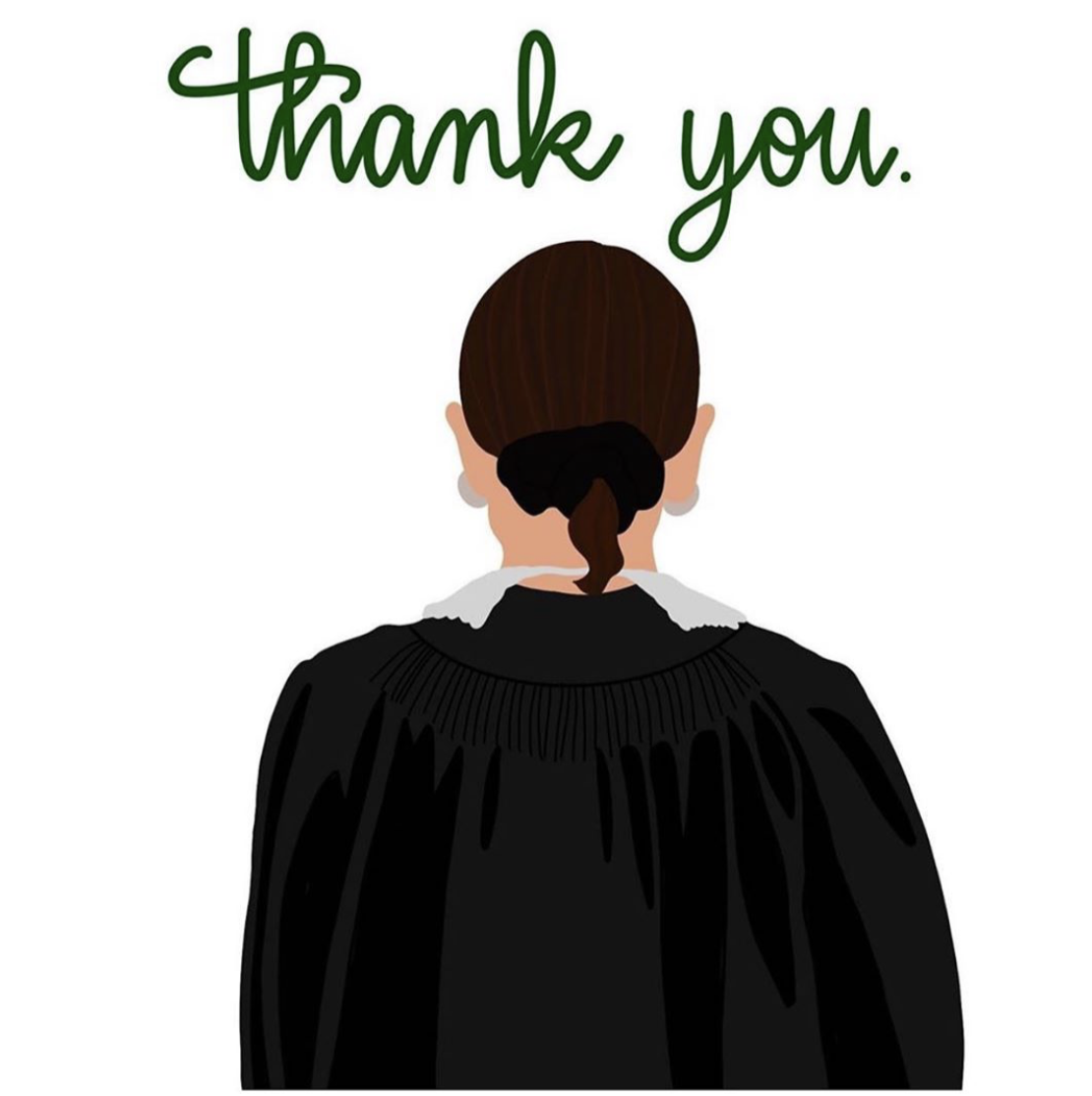