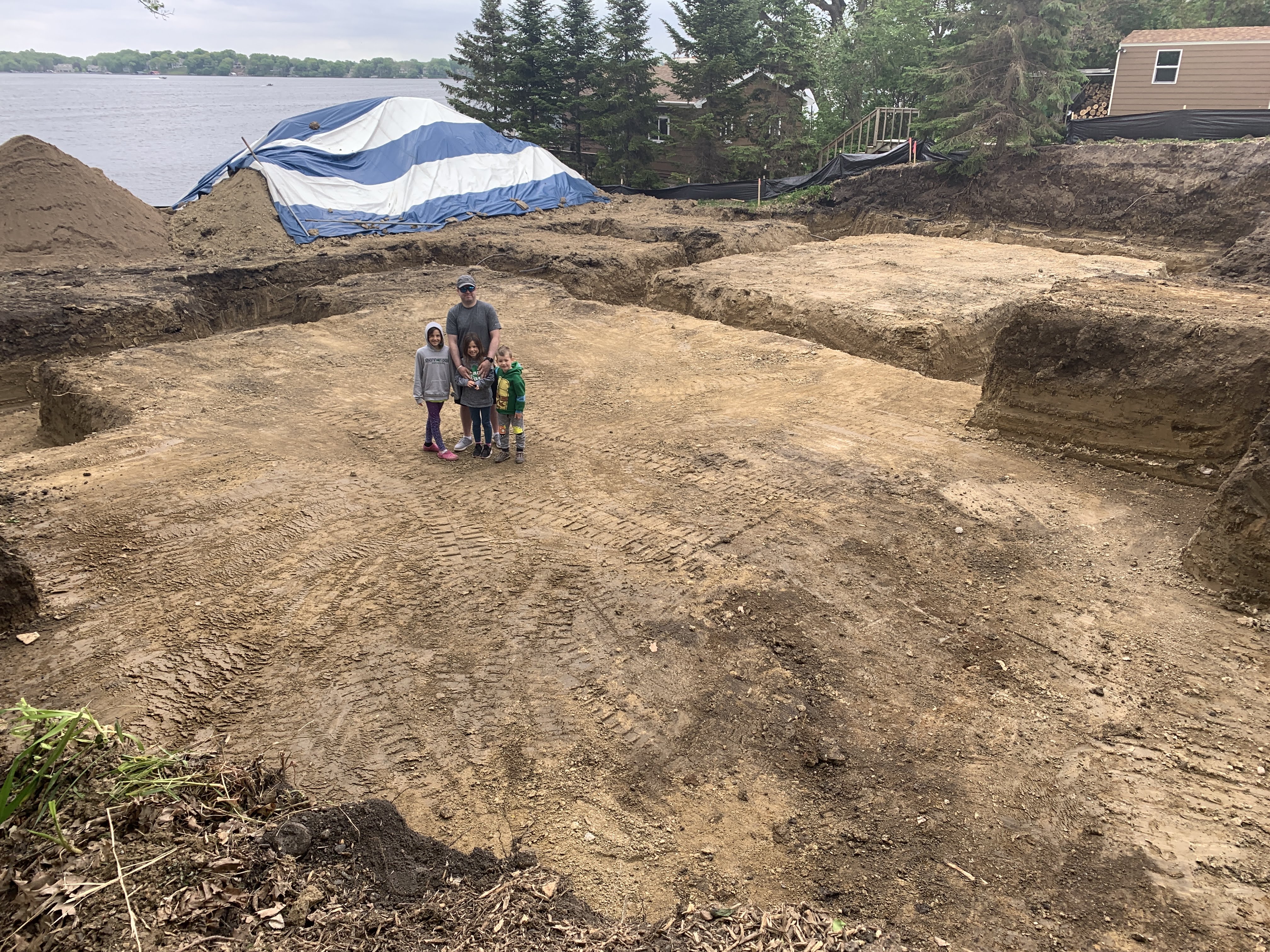 After the house was torn down, the excavator came in to dig out the basement of the house. Then there will be lots more concrete to be poured…so much conrete!

Once everything was dug out, the forms were put in for the bases. This will be what the basement walls upon. They were also making the forms for the porch/deck bases as well. 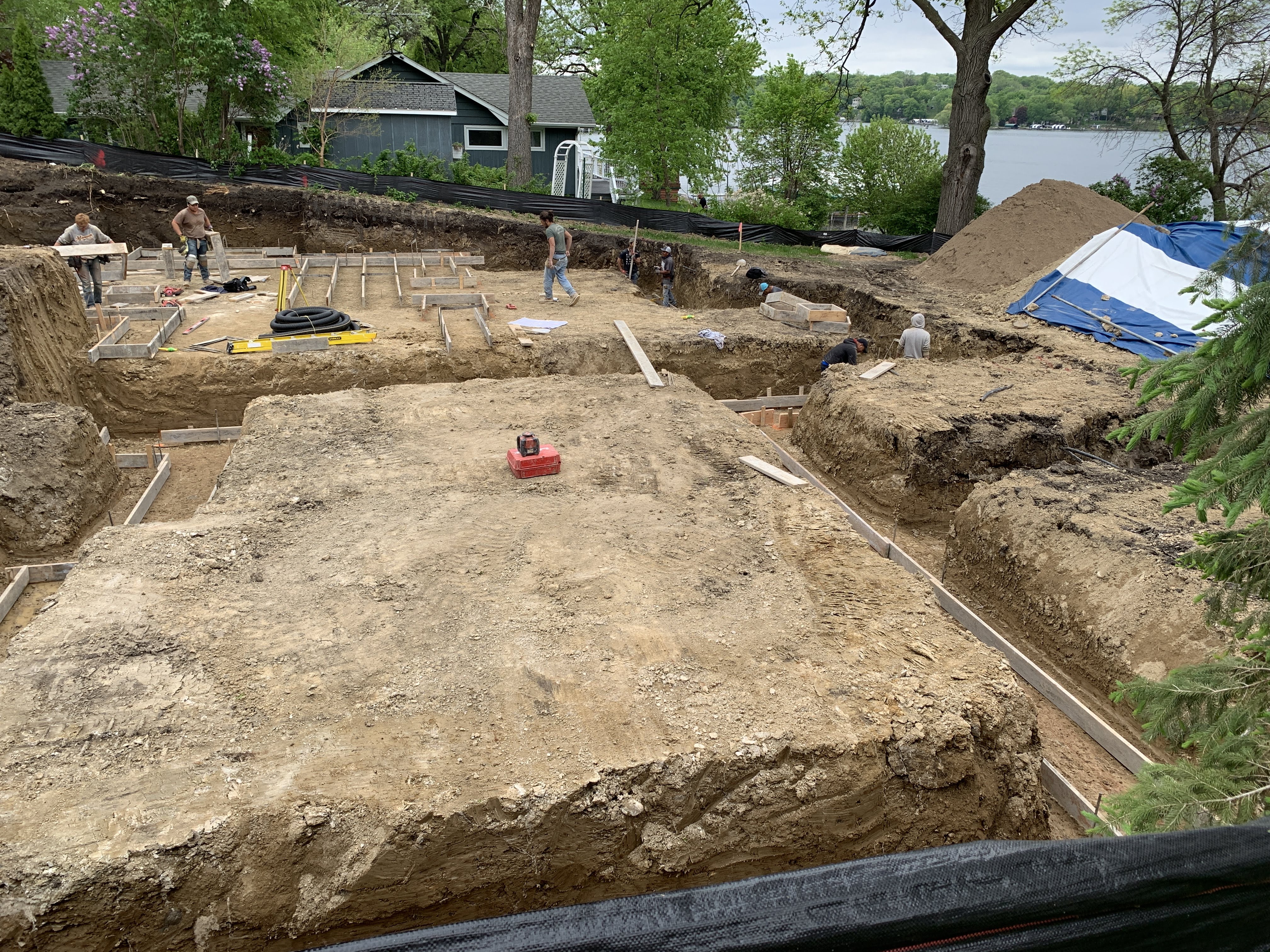 It was really fun to watch the progress of the house from the lake. For a long time, it was easy to find our house because of the big blue nad white striped tarp over the dirt. It was how I quickly located where the house was. After being out there all summer, it’s not hard to find where we are anymore. But it did take some getting used to - “That one is ours!!” 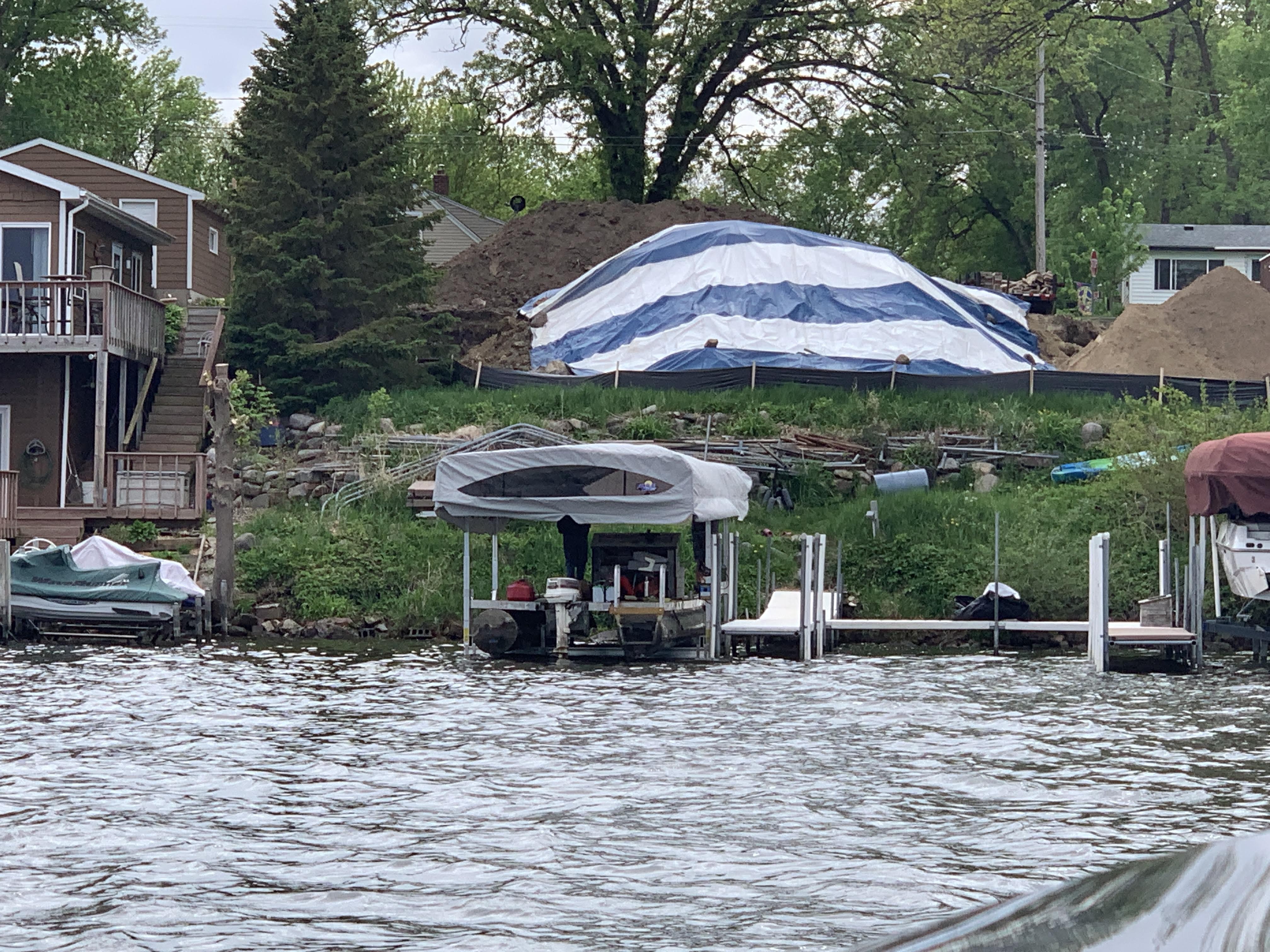 We were playing at the house when the concrete was being poured for the foundation. The truck was a so big and that huge arm on it made it seem even bigger. I am so impressed by how quickly most of these crews work! 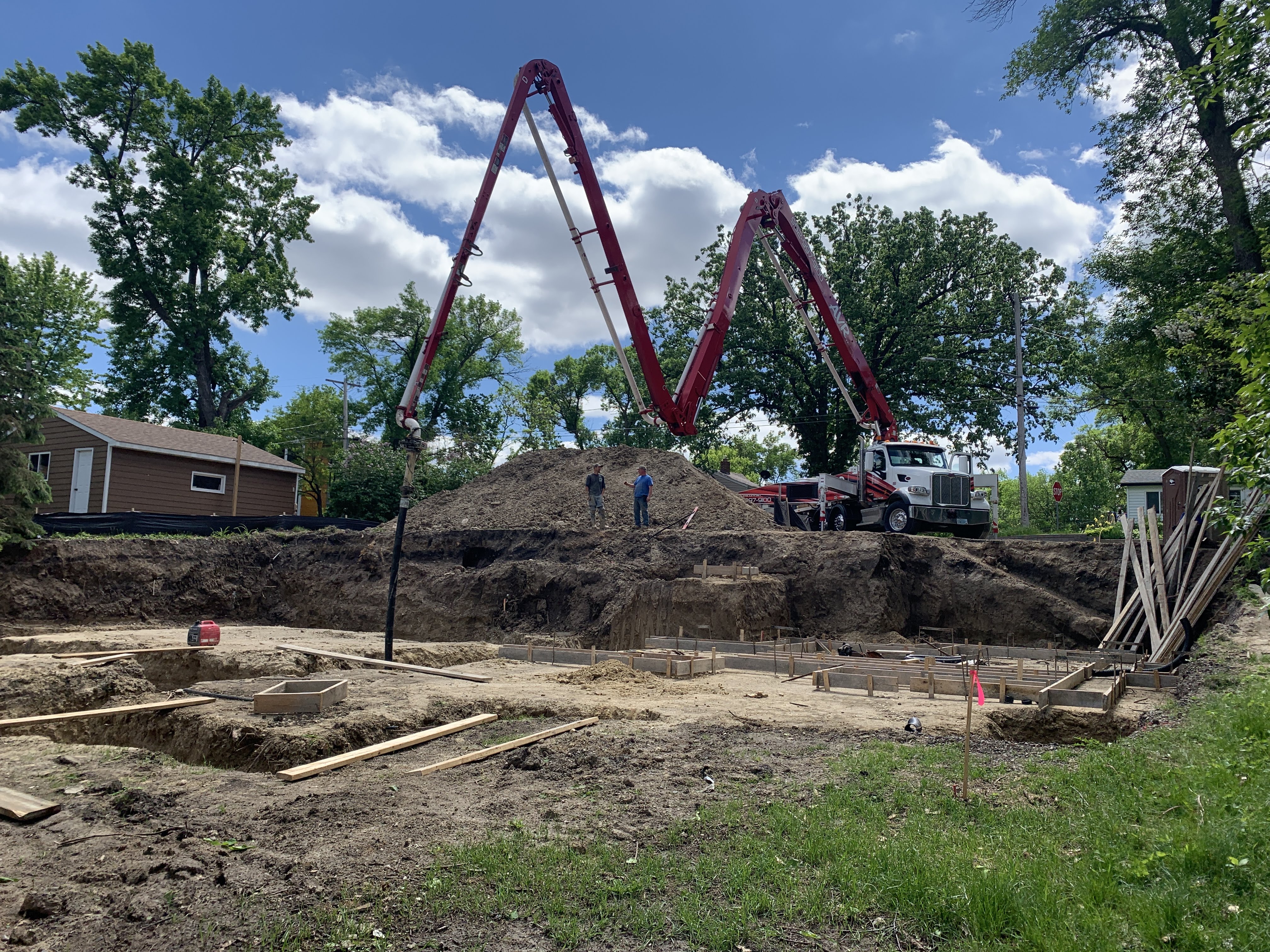 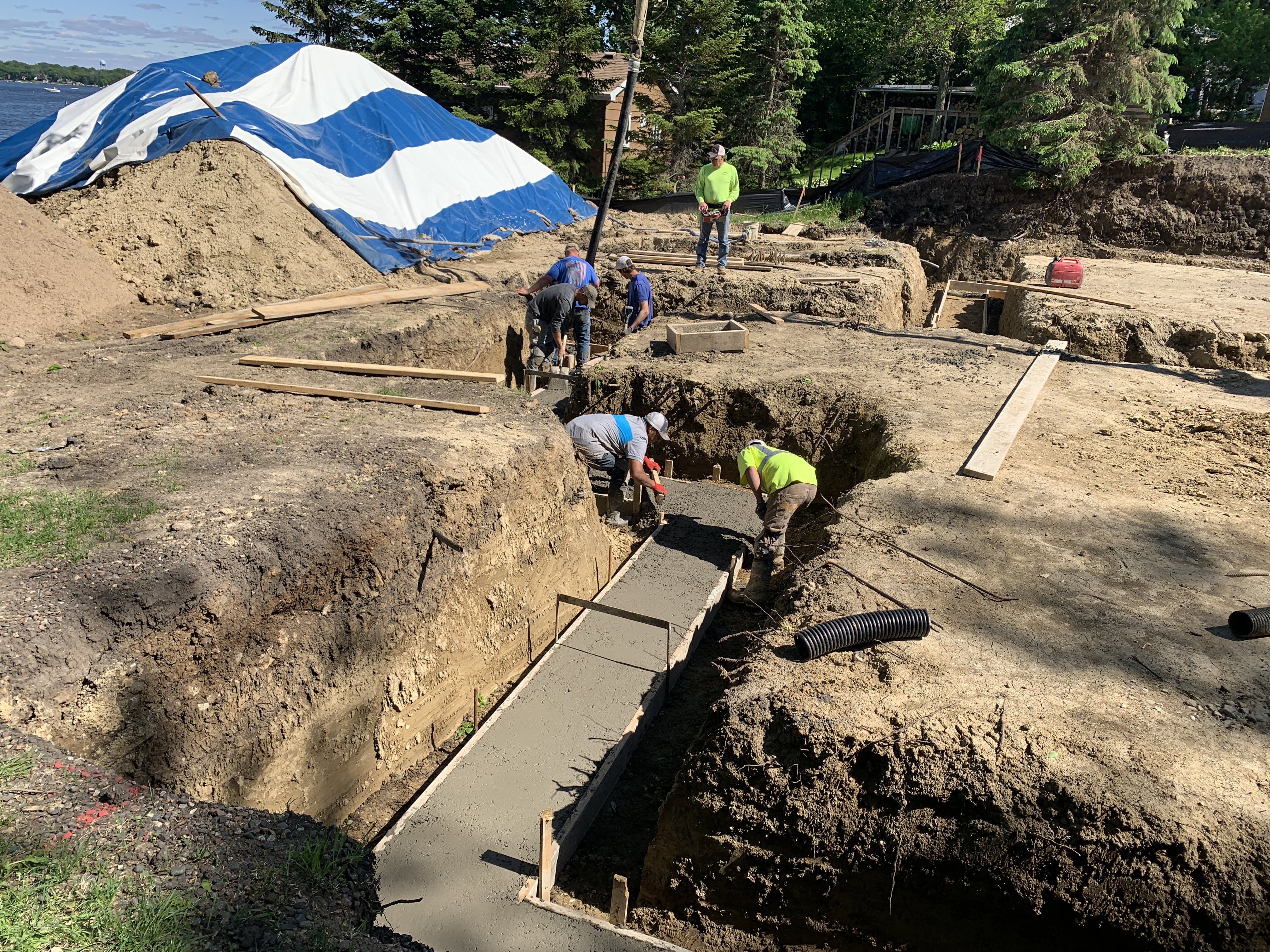 After the concrete set a bit, they came back to fill in around the conrete and lay the drain tile tubes around the house. We loved watching them dump all the rocks and gravel into the big hole. 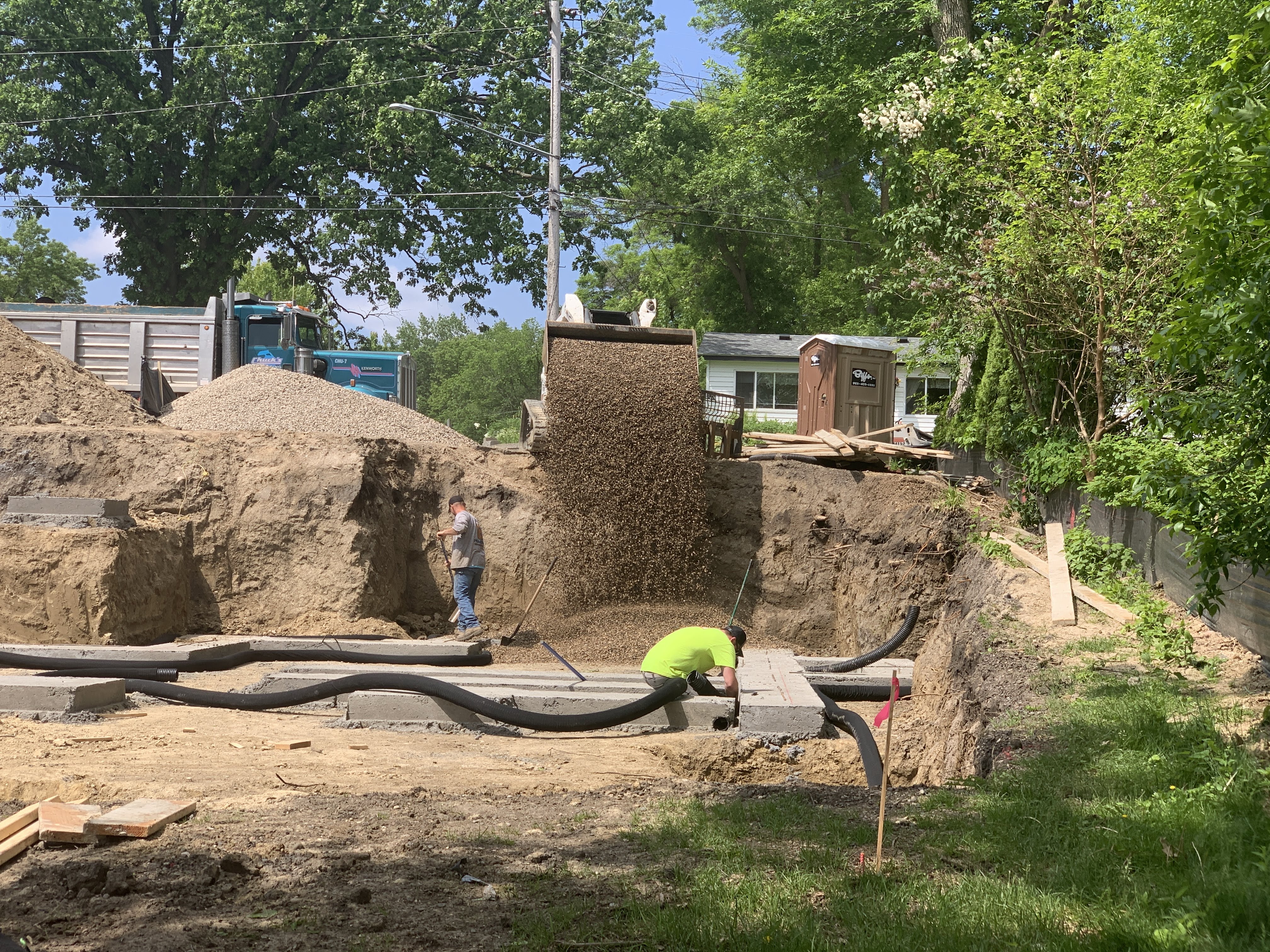 Once all the gravel was filled in, then we waited for the basement wall forms to be placed. Then, you guessed it…more concrete! 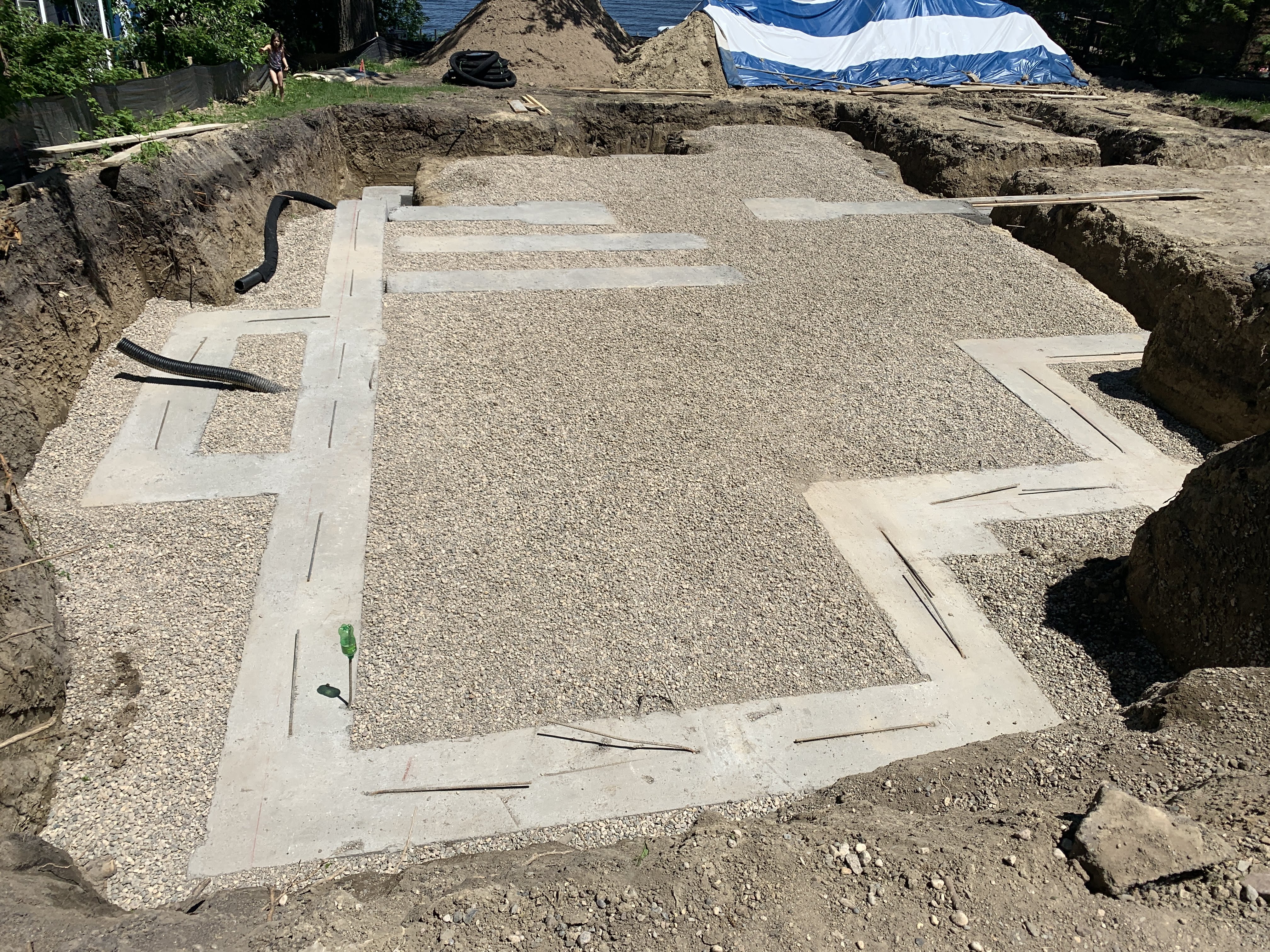 I hope you are enjoying watching the progression of our house being built. It’s something we have never done before and we knew we would like to have this documented as a nice memory to look back on. Someday, when we are living in the house, this is all going to feel like such a distant memory, and I don’t want to forget how far we came making this house a reality.